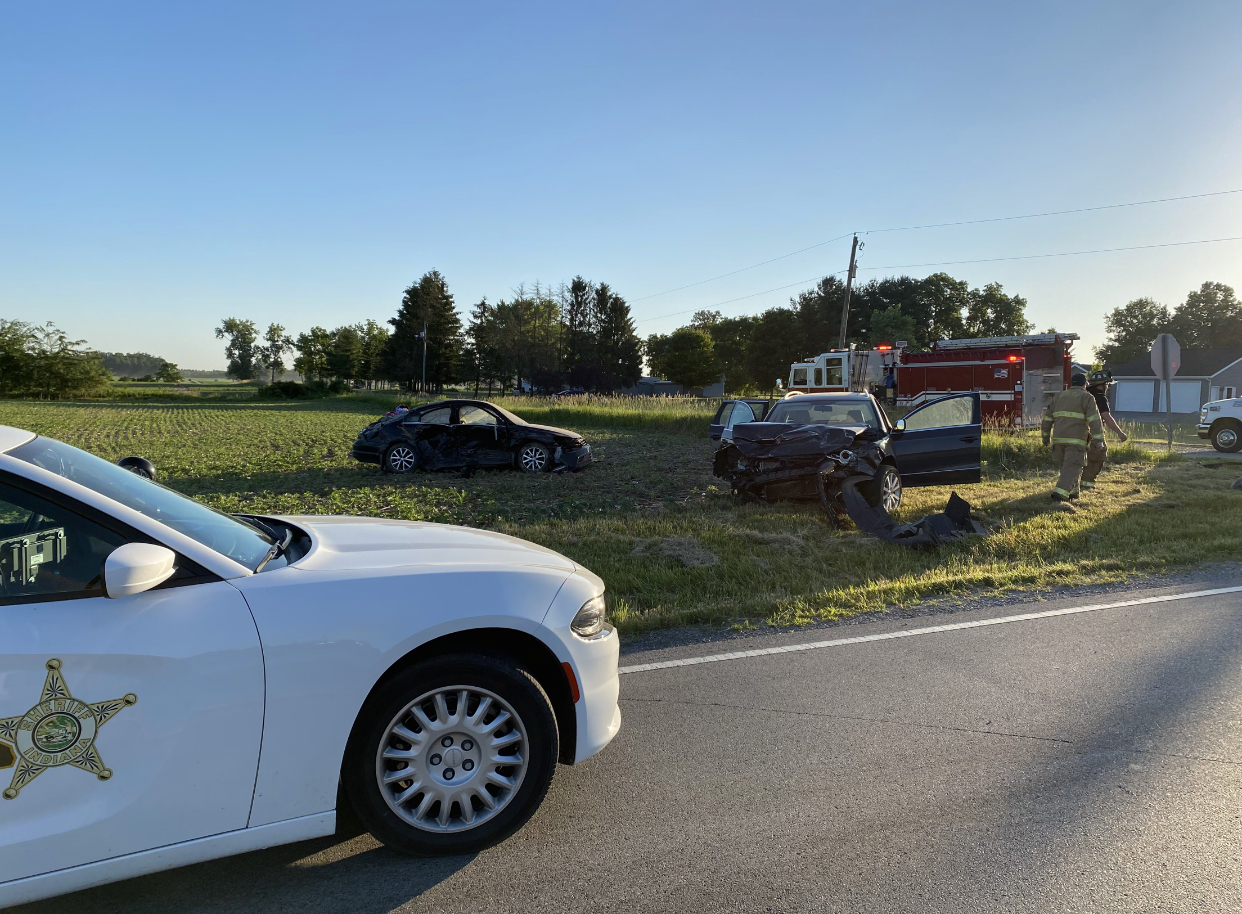 According to the DeKalb County Sheriff’s Department, the crash happened just before 7 AM when a car heading north on County Road 51 failed to yield to traffic at the intersection with State Road 8.

The car, driven by Justyn McGrew, age 26 of Hamilton, was hit at a right angle by a car driven by Nathan Osmun, age 58 of Edgerton, Ohio.

McGrew suffered head trauma and internal injuries, while Osmun received a laceration to the head and knee.

The DeKalb County Sheriff’s Department was assisted at the scene by the Auburn Police Department and Butler Fire Department.