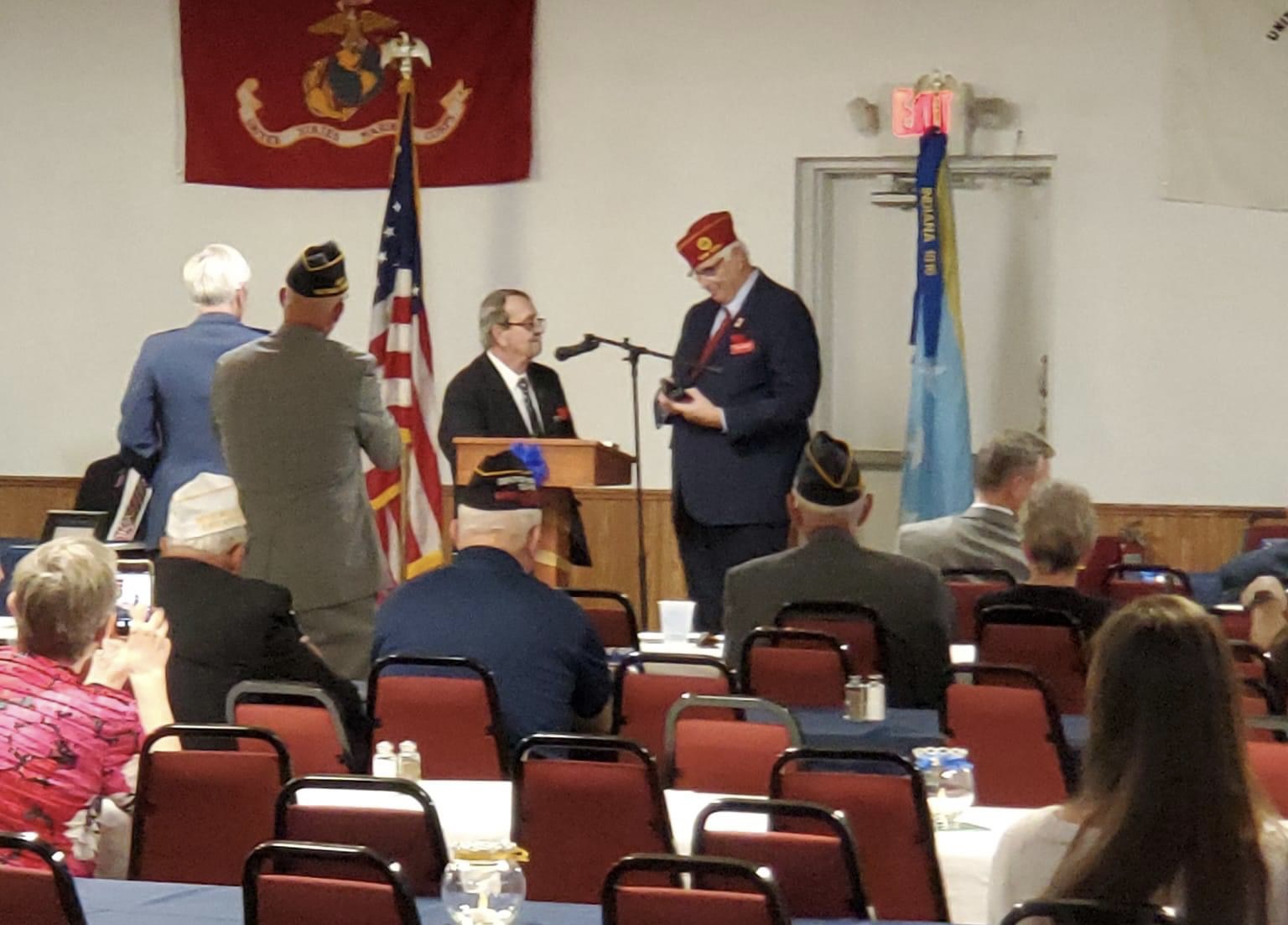 ANGOLA, IN - On Monday, the Medal Of Honor Highway has officially grown across America in Steuben County.

U.S. Route 20 across northern Indiana has been designated as Medal of Honor Memorial Highway.

A Special ceremony was held Monday to pass The National Medal Of Honor Flag from Indiana to Ohio at the Angola American Legion Post # 31, on U.S. 20, in Angola.

Alex Dobson, Commander of Angola American Legion Post #31, and Denny Zent, Indiana State Representative from District 51 (R) were a part of a special dedication of an area roadway.

The Medal of Honor is the nation’s highest award for valor presented to veterans of the Armed Forces of the United States.