Former Local Cheerleaders Bring A Blast From The Past
By: Sheila McCrea - Tuesday, January 24, 2023 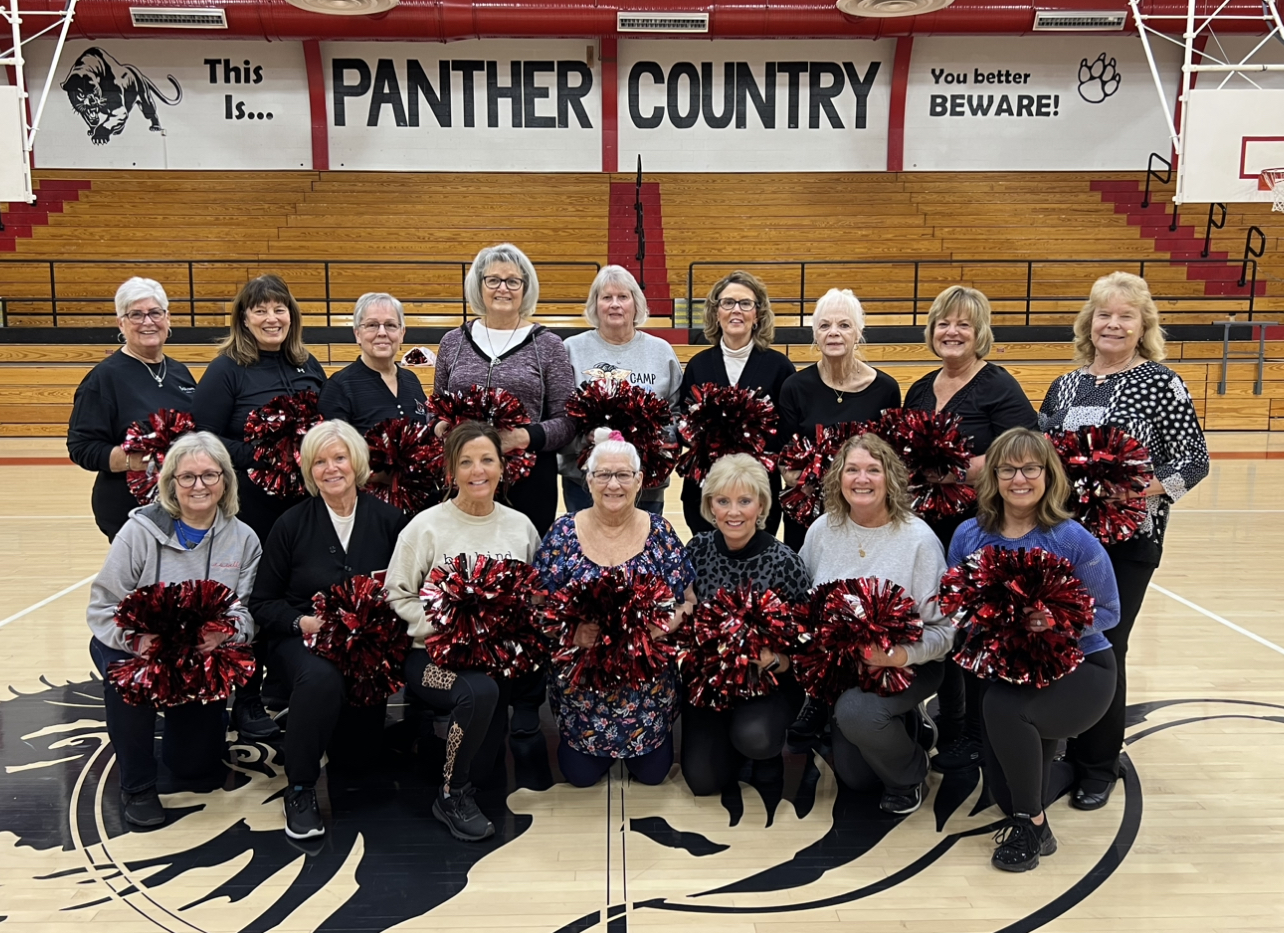 BRUSHY PRAIRIE, IN - Former cheerleaders from as far back as 1965 will be entertaining local basketball fans this Friday night.

After seeing the recent movie “Poms” with Diane Keaton, Prairie Heights 1972 graduate Rainelle (Gordon) Silver, was inspired to get some of her former classmates together for a reboot of their high school cheerleading days. Silver said “I couldn’t sleep thinking about it”. Silver reached out to Joyce (Sassanella) Harris from the class of 1973, and the cheerleading team “Panthers Blast From The Past” was born.

The group spans cheerleaders from the Prairie Heights graduating classes from 1965-1985. They have been directed and choreographed by Becky Harris, retired cheerleading coach from Angola High School.

Group member Mary Ellen (Grabill) Zeiger, class of 1974, says she has enjoyed all of the “reconnecting feelings”. Zeiger says “it was easy to pick right back up where we left off all those years ago”.

Pam (Huges) Kain said she is “proud to be the oldest member” representing the Class of 1965.

The youngest members are Tonya (Jaggers) Domer and Marilyn (Lewis) Ernsburger from the class of 1985.

The group had their first practice on November 1st. After three months of rehearsals, their big performance is this Friday, January 27th at the Fremont at Prairie Heights Boys basketball game.

Harris and Silver aren’t sure what’s next for the group.

Anyone who would be interested in more information concerning Panthers Blast From The Past could connect with either Silver or Harris after their performance Friday night.