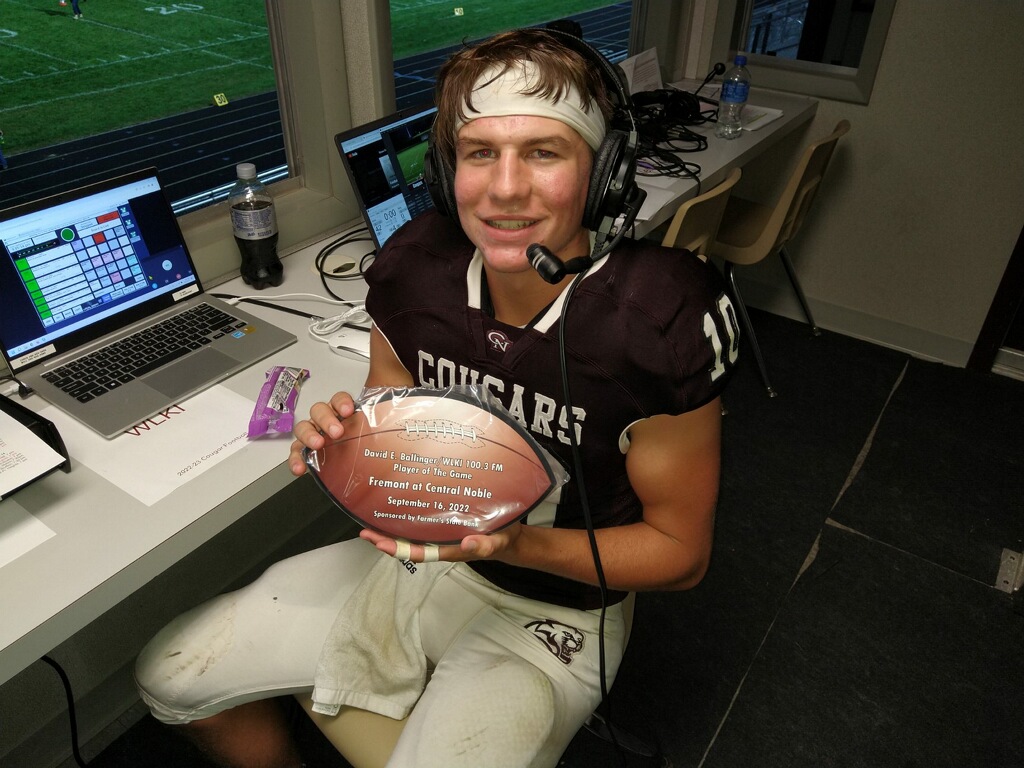 Friday night in area high school football the WLKI game of the week had the team of Jerry and the judge following the Fremont Eagle’s game against the Central Noble Cougars.

Central Noble sophomore quarterback Brody Morgan threw for 275 yards, what was originally thought to be 7 short of a school record. Morgan was awarded the Dave Ballinger Farmers State Bank player of the game award in the Cougars 42 to 0 win over Fremont.

According to Sam Frick, with Around The Northeast Corner, Brody Morgan did break the Central Noble school record with 296 yards (also confirmed by Maxpreps and the the CN coaching staff).

Morgan, who has obviously put forth tremendous effort, reportedly did not start the season as a starter.